We went back to Luang Prabang for a couple of nights rest before shooting off again. Caro did absolutely nothing other than sleep and eat, which she enjoyed very much. So, James is going to tell you what he got up to.

The Mekong runs past the town and I thought I should at least see some of it whilst we were in Laos, so I headed off to catch a shared ferry to the Pak Ou caves. We piled on to a rickety looking slow boat and set off up stream on the massive Mekong River. The water level was still high after the rainy season. 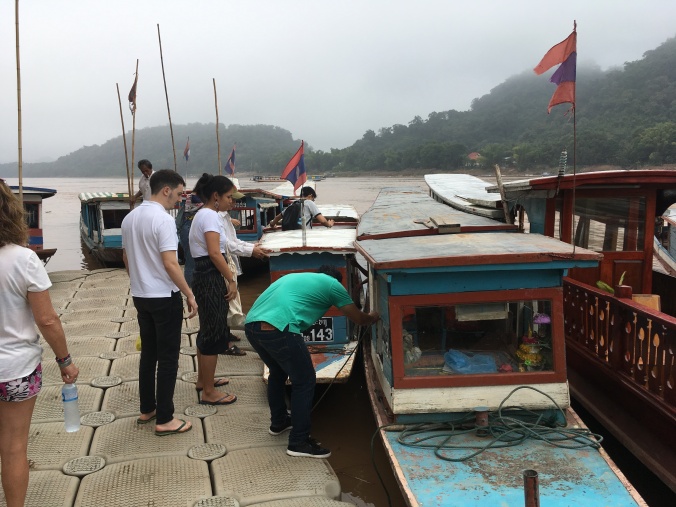 The river is a mud brown and carries loads of debris, but it is hugely impressive in its power. The Chinese are building a railway line from China to Vientiane which crosses the river just outside Luang Prabang. As you travel the country you regularly see it as a scar on the landscape. In the wet season the river had washed away the temporary construction bridge. 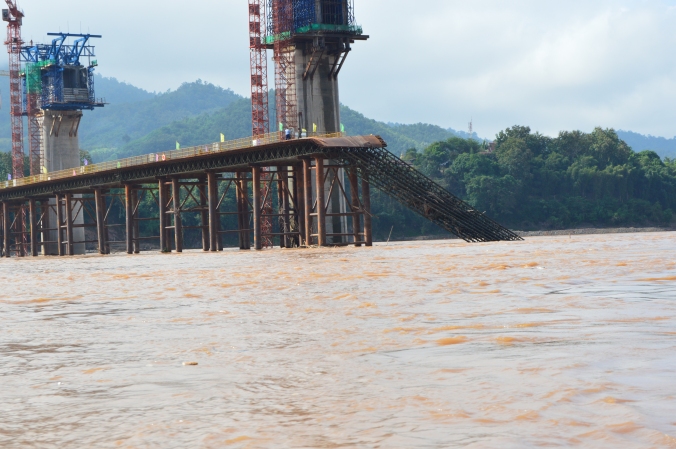 After a quick stop for fuel at a floating petrol station we chugged slowly upstream. As the water levels recede the locals plant the river banks, taking advantage of the fertile soils deposited. We chugged along as people tended the young crops and fished from the bank.

Our first stop was Xanghay or Whisky village. It is purely aimed at tourists and sells local rice wine and scarfs and clothes made by the local women. The making of cloth on the looms was cool to see but the village wasn’t really that great. Well, unless you like throat stripping spirits. They also have an unpleasant habit of putting wildlife in the bottles which I found cruel and unnecessary.

While waiting for the boat to leave I watched one of the boat drivers see away his fair share of rice wine and felt very fortunate to be on a different boat. Back on board with the sober driver we continued our journey to the caves. The view opened up in to limestone karsts and forest. It really is beautiful. 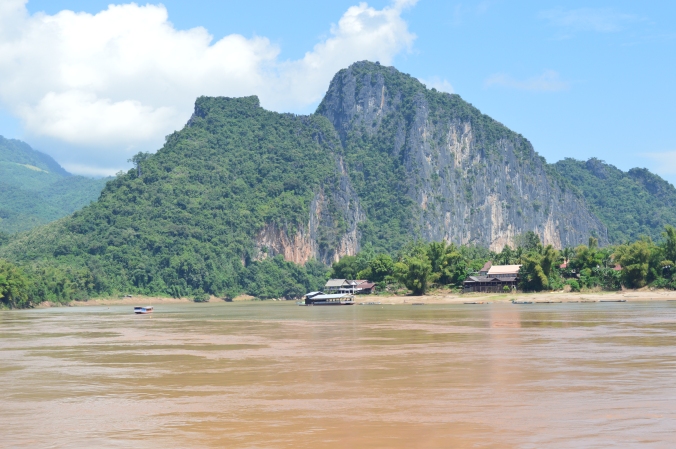 The Pak Ou caves are interesting enough and are significant place of worship for local people, but if you are pressured for time I would probably give it a miss. 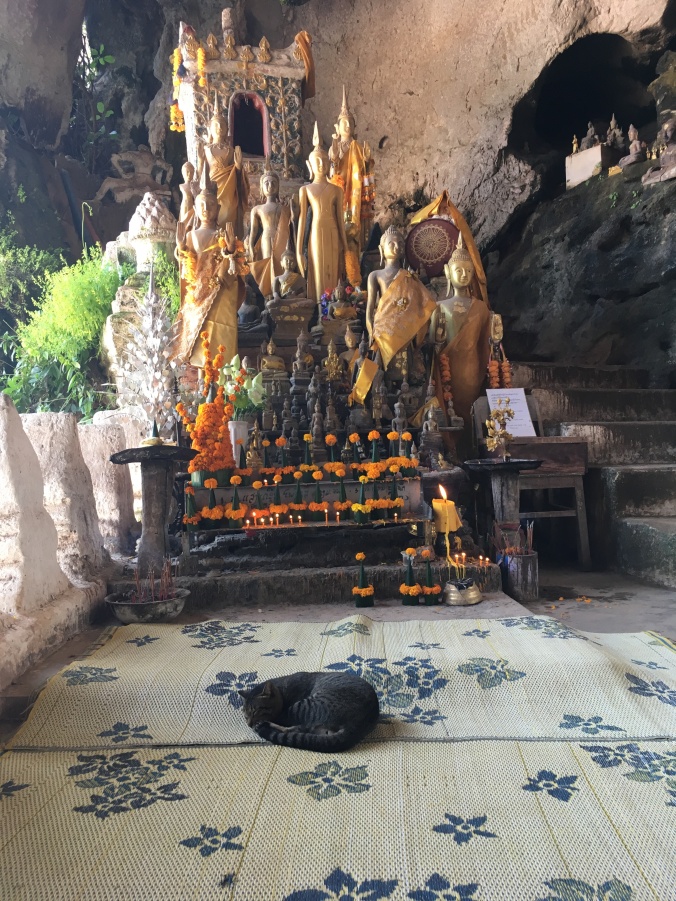 The main reason for my trip was to experience the river and the cave visit was an added bonus. 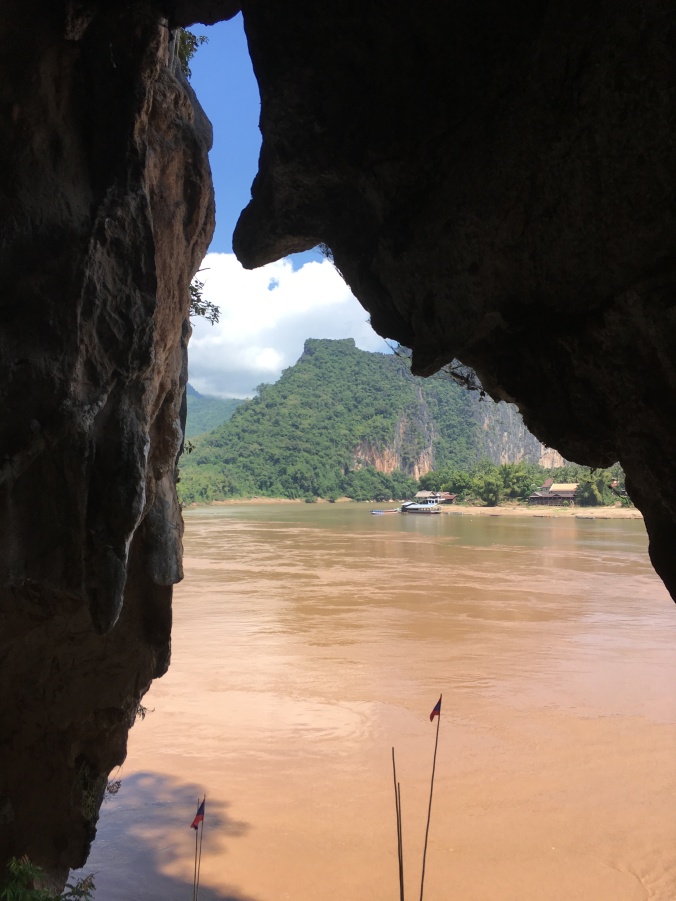 On the way back, not unexpectedly, the ropey looking boat broke down and we floated ominously downstream, dragged along by the significant current and waves. After a few minutes of unsuccessful repair attempts by the captain, the french couple in front nervously asked me what was going on. They spokeeven less English than I do French which lead to lots of pointing and hand gestures, all of which I can safely conclude were completely misunderstood. It’s quite difficult to act out “the engine isn’t circulating enough water to cool it down” but at least I could quite confidently ask them for a large beer.

That evening Caro was finally let loose in the night market and some serious souvenir shopping ensued.

One thought on “Luang Prabang again”