We had had a truly incredible 7 months but we were ready for a break and, whilst we were a little saddened to think that part of our adventure was now over, we were very much looking forward to heading home to our family and friends, comfortable beds, reliable plumbing and food that we recognised. A lot of our readers are amongst our family and friends so will already know what we were up to for those 7 weeks so we won’t be going in to exhaustive detail but we have also been to some glorious places so it would be remiss of us if we didn’t take some time to remember them. It’s still going to take us two posts to cover it all!

We were greeted by a huge smile when we arrived at Heathrow airport; James’s dad had taken a day off and driven 4 hours to come and collect us, it’s just possible that he was really happy that we were back. We were enormously grateful, it was so wonderful to see a familiar face and to be able to flop in to the car and have someone take care of us. The family reunion continued at home over long-awaited proper British fish and chips. It was lovely to see everyone although, after perfunctory hellos to everyone else, we mostly lavished attention on our incredibly cute 18-month-old niece who didn’t know who we were and didn’t really give a monkey’s that we were back. She did make us a lovely sign though.

The dogs, at least, did seem to have missed us.

And Caro was reunited with her teddy bear at long last.

The next day we headed in to Norwich to pick up a few essentials. Spring was in full bloom, the sun was shining and everywhere was refreshingly clean. There really is very little that compares to the British countryside at this time of year and we beamed with contentment as we navigated the country lanes weaving between luminous fields of rape.

A couple of days of R&R were on the agenda and we lazed at home, rode the bikes, walked the dogs and generally had a thoroughly lovely time.

Partially recovered, we parted company for the first time in 7 months. James spent time with his family, spending a few afternoons and evenings in the excellent local pub, the Rumburgh Buck, and watching Norwich beat Leeds in the rain with his dad (wearing matching, lovingly hand-knitted, Norwich scarves.)

Caro, on the other hand, dashed around trying to see as many people as possible. Being back home actually turned out to be the biggest logistical challenge of our trip so far and quite overwhelming emotionally because so many wonderful things were going on. She attended one best friend’s hen do and met another best friend’s baby for the first time and then spent a gorgeous couple of days in the delightfully named village of Bunny where sleep and many baby cuddles were on the agenda. About 15 minutes from Bunny is the lovely Wollaton Park where the deer are almost unnervingly confident. 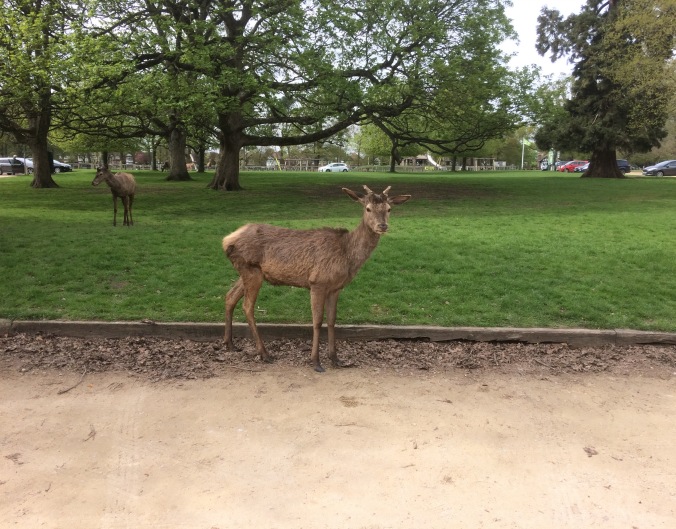 Two days of manic activity followed back down in London meeting up with more gorgeous and hugely missed people for some excellent food and good company. This was largely achieved by stealing people from work as and when they were free and so left some time in between just to remember how amazing London is; for example, after a tasty lunch near Borough Market there was just enough time for a cheeky visit to the observation floor of the Tate Modern and a stop at St Paul’s. 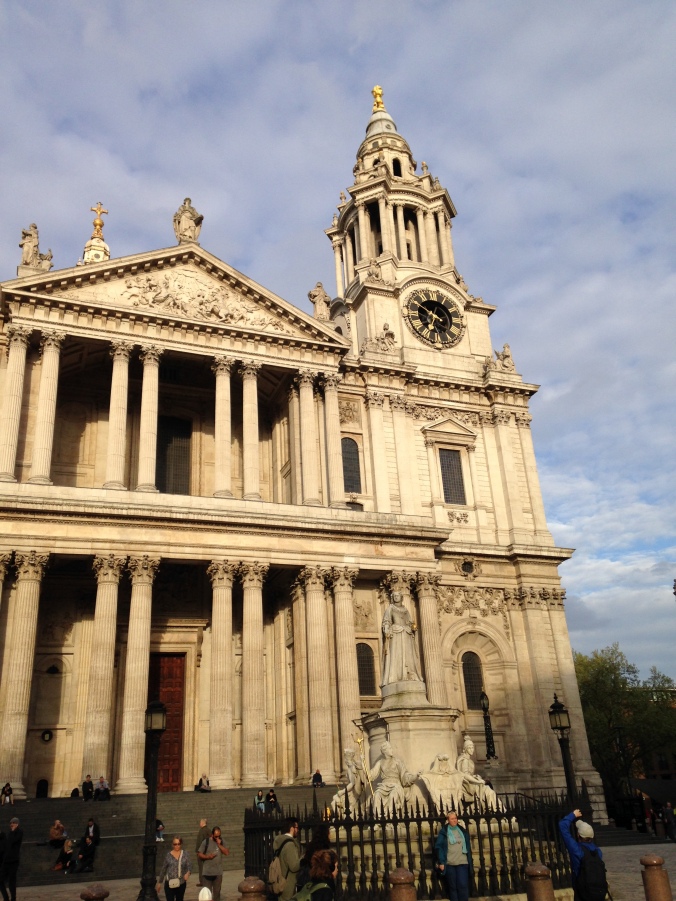 We were reunited at Caro’s brother and his soon to be wife’s house in the charming village of Limpsfield. Well, their enormous dog Darwin owns the house, Craig and Erica are just allowed to live their too.

We enjoyed an excellent meal at The Crown Inn in Old Oxted and would certainly recommend it to anyone passing through.  The next day saw us both back in London where the sun was shining brightly on the best city in the world reminding us just how lucky we are to call this amazing place home.

The bank holiday weekend was just gorgeous from beginning to end; we had the honour of attending a beautiful wedding and watching two of our absolute favourite people in the world get married. The beautiful bride Amelia coined the phrase “sabbatical from our sabbatical” and we have been using it shamelessly ever since the wedding. Everything about it was magical and, for good measure, the sun blazed gloriously over stunning Childerley Hall. 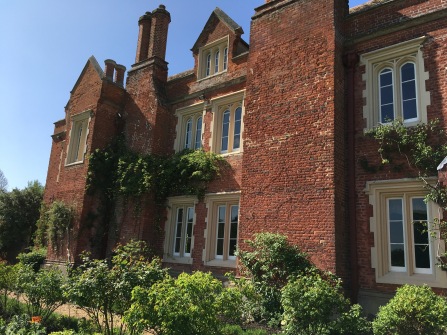 Back in Suffolk, bank holiday Monday did not disappoint as the Rumburgh village fete was in full swing. We must explain that Rumburgh is a teeny hamlet in the middle of the countryside surrounded by fields and an inordinate number of churches and yet still has the capacity and wherewithal to throw one hell of a fete, complete with coconut shy, tombola, raffle and morris dancing.

We both had a crack at target boules although failed to win anything.

The star of the show was, by far, the WI fruit machine (the WI is the Women’s Institute, for those of you outside of the UK who haven’t watched Calendar Girls). This was a work of pure simplistic genius and made us absurdly happy. 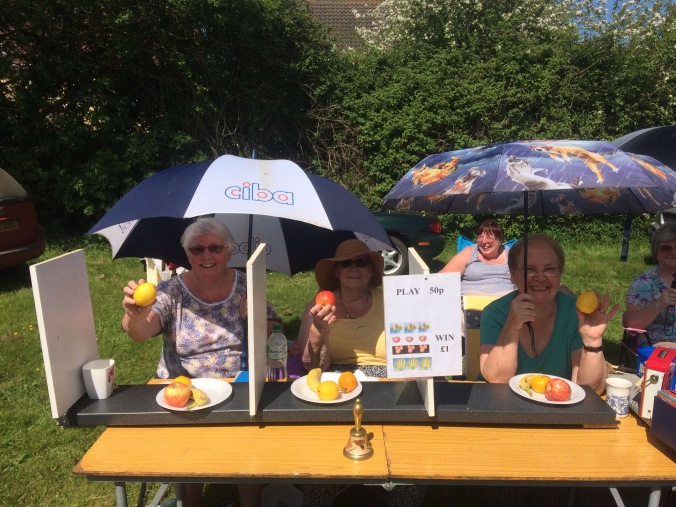 After a quick pint at the Buck it was time to cycle home along idyllic country lanes.

2 thoughts on ““A sabbatical from our sabbatical” – Part 1: England”