After about 2 weeks in Heidi we had made such good progress that we knew we would have plenty of time to spare on our journey to Perth and would therefore be able to do a couple of extra bits on the way across. It is for this reason that we spent a couple of days agonising about whether to drive the 2500km detour to Uluru (which we rejected) and why we found ourselves driving 100km north of Kununurra to see Wyndham with a “we’re here, we might as well” kind of attitude. Don’t do it. Wyndham is a hugely depressing place and there are only three things to recommend it: 1. The surprisingly clean public toilet facilities, 2. The fact that you get to enjoy leaving again and 3. The view at Five Rivers Lookout:

It’s an impressive view but certainly not enough to merit a 200km detour, if anything It highlights just how bleak the place is. So, we left. On our way back to Kununurra we stopped at the Grotto which is quite nice to look at, Caro rejected the climb down as it was, once again, very hot and you couldn’t swim anywhere.

Our original plan, way back when we started planning, had been to take the Gibb River Road across to the West Coast, the turning for which is just north of Kununurra. This is an extremely popular 4WD route with some fun river crossings thrown in. The track is only open during the dry and, as we were coming to the end of the season, it was always going to be touch and go as to whether it was open or not when we arrived. Our trip to the Visitor Centre revealed that the road was open but severely corrugated and most of the campsites were shut. We erred on the side of caution and decided to take the highway route instead. We were curious to see the road though and turned off before hitting Kununurra again just for a peak… we bounced along most unpleasantly at 10kmph for about 20 minutes, talking at the top of our voices to be heard over the rattling din as everything not nailed down shook around the cab, before concluding that we had definitely made the right decision and fled back to the tarmac.

Taking the highway route meant that our trip to the Bungle Bungles (Purnululu) World Heritage Area would not be a 6-hour detour as it was now conveniently on our route. Three or so hours driving brought us to the park entrance with only 50km to go to the campsite. Unfortunately, the unsealed road was extremely rough so the remainder of the journey took us 2.5 hours to complete. The campsite was really lovely and remote and we vowed to stay out in the National Parks as often as possible. The camp also happened to be our first without any showers and James bravely dug the solar shower out of its box before deciding that a bowl of water would suffice to wash in. The other inhabitants of the campsite disappeared just as we were getting settled and we realised that we had probably missed a trick, a quick review of the map showed that there was a sunset viewing point which we had failed to notice before. We missed sunset and had a beer in the now abandoned campsite instead.

The following morning was a super early start and the first time that we had needed to put on jumpers due to the chill.

We were sharing the campsite with a middle-aged motor bike group who did not seem to feel the cold at all. Having removed their leathers, they had decided that the most appropriate outfit would be Y fronts and bike boots, just what you need to see at 5am. 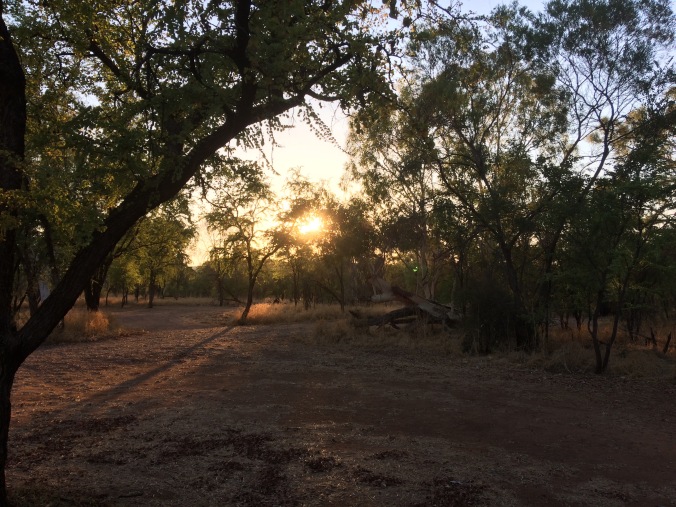 We packed up quickly and sped off towards the Bungle Bungles and the walking trails. It was an absolutely wonderful morning. Even before we made it to the trails we were out of the car and taking pictures of the beautiful rock formations.

We did all of the open walking trails at the southern end of the park clocking up about 10km in total. We loved every second of it and for once we felt that we were there at exactly the right time of year; yes, it was hot, but all of the walks were accessible in the south and there were very few people there. You can take flight tours over the Bungle Bungles which we are sure are absolutely stunning as well and probably worth it if you aren’t on a budget. Even if you do a flight we would highly recommend going in at ground level too, it’s really quite beautiful. Catherdral Gorge is a short but lovely walk along the creek bed culminating in an enormous hollowed-cavern which is nigh on impossible to capture in pictures but we gave it a shot: 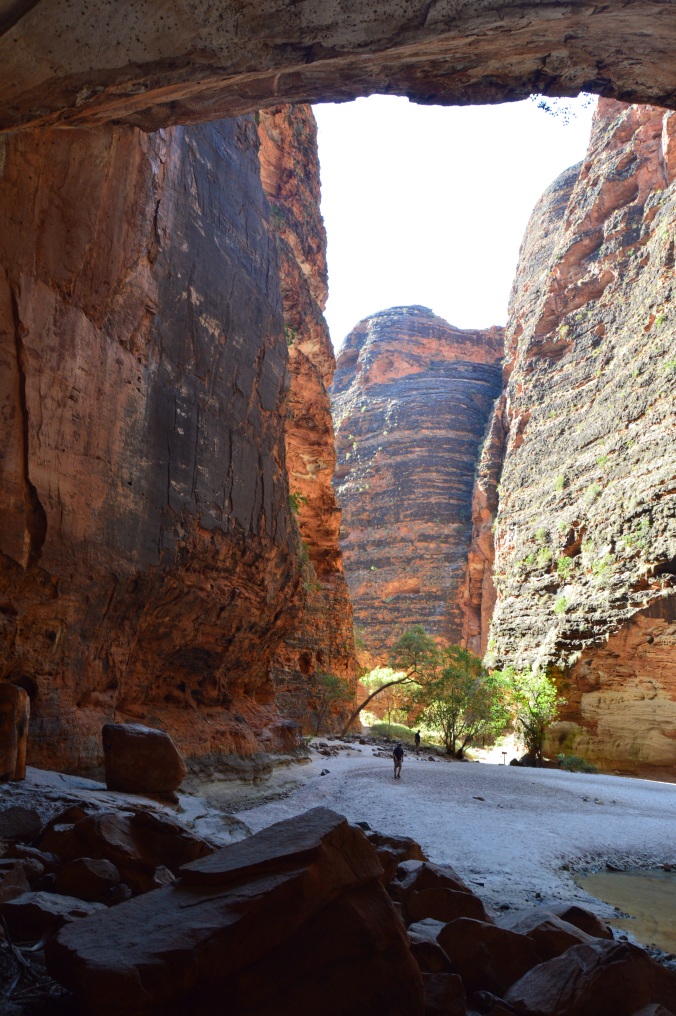 Even as you walk along the creek bed there are things to marvel at, the holes and swirls in the rock of the creek bed worn down by thousands of years of water rampaging down the valley.

We had such an incredible morning and were only sorry that the campsite in the northern end of the park was shut as we would have liked to explore there as well. We could post literally hundreds of pictures of the Bungle Bungles but here are just two more: 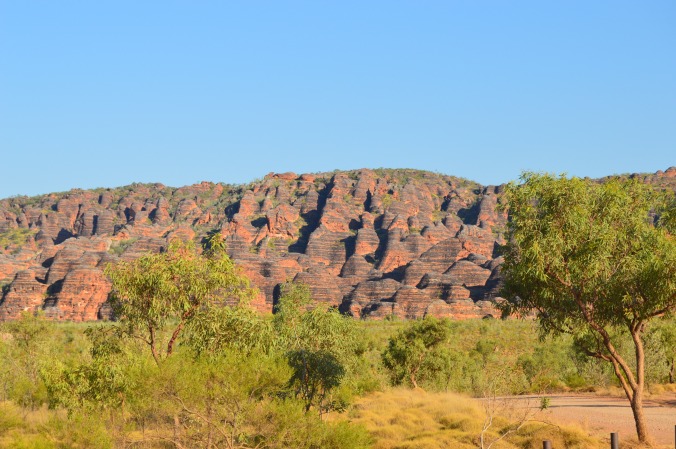 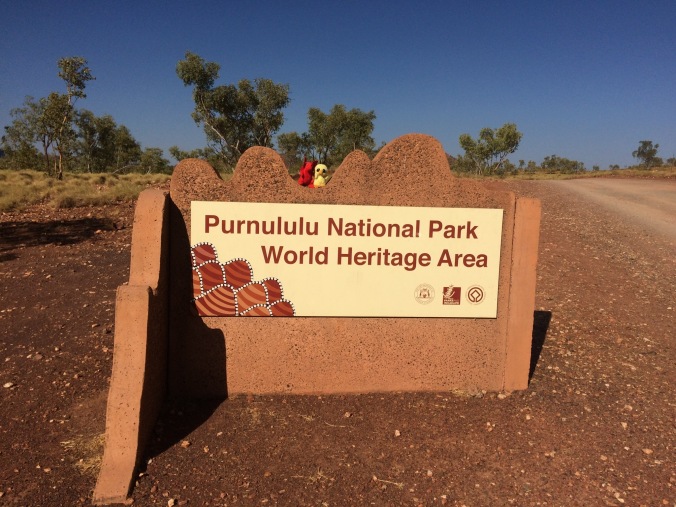 Having dragged ourselves away from the Bungle Bungles, we made our way to Halls Creek for the night. We stayed at a particularly bleak campsite but it had a pool, power, decent showers and, most importantly, it wasn’t in Wyndham!